Having trained at the prestigious Bournemouth Film School in the UK, Rick Spurway has a sparkling track record of more than three decades in the film and television industry as producer, director, cameraman and editor on over 200 film and television productions for the BBC, ITV, and Channel4 in the UK, Discovery Channel and the WGBH-PBS station in the USA, and New Zealand Television. While researching the history of gold, Rick made contact with Dr. Brigitte Cech, and he spent time during the summer of 2018 documenting the archaeological excavations at the Karth gold mine in Lower Austria. This collaboration has led to the concept of a broadcast television documentary about Roman gold mining, focussing on the history of the mine at the Karth, as well as the interdisciplinary research that gives indepth insights into hydraulic mining in Roman times. 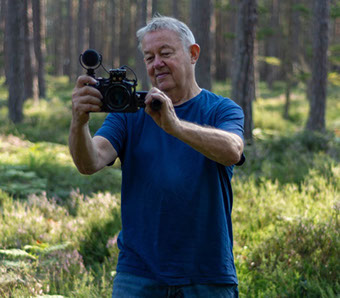